Cinnamon Scones That Are Tweetworthy (are you out there, Lance?) 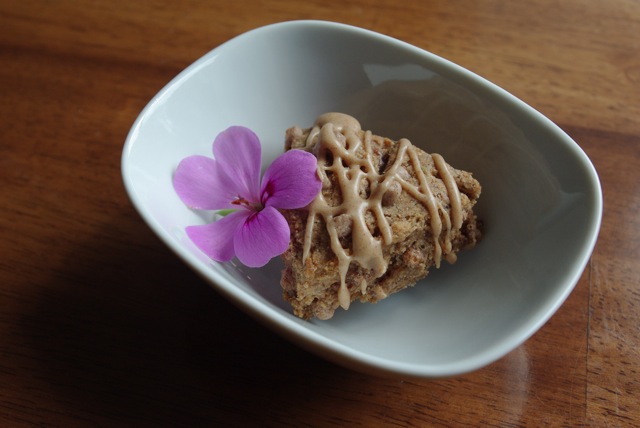 Did anyone read the tweet by Lance Armstrong a few months back?  I have a new appreciation for the cycling machine (Lance, not the bicycle) now that I know he is just like the rest of us (well, sort of) and apparently likes to strike a balance between his 'work' and play.  He stopped at a coffee shop while training in New York and was so enamored of the cinnamon scones on offer there that he tweeted about them.  He is, after all, a scone-ologist, so the man should know a good scone when he meets one.  I'm sure it was great for their business and I'm sure they were worthy of merit.  But, it got me thinking.... 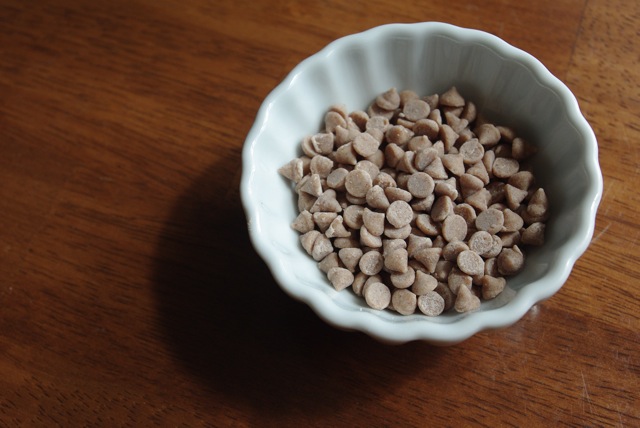 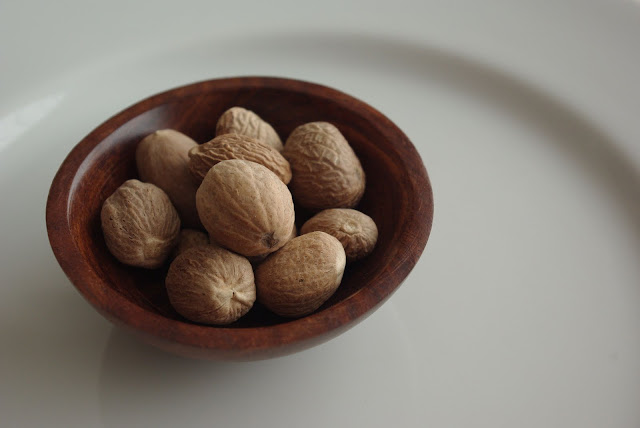 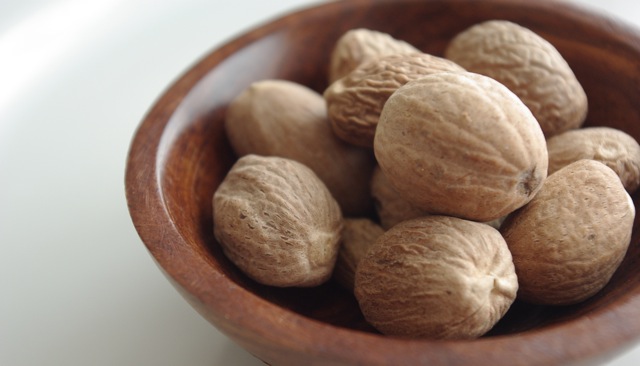 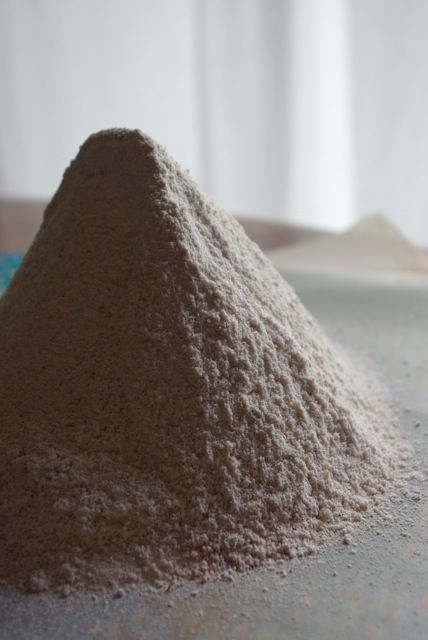 ...and how nicely they would all go together. 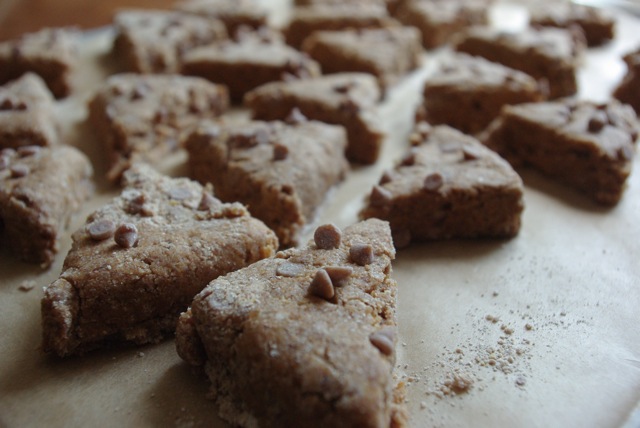 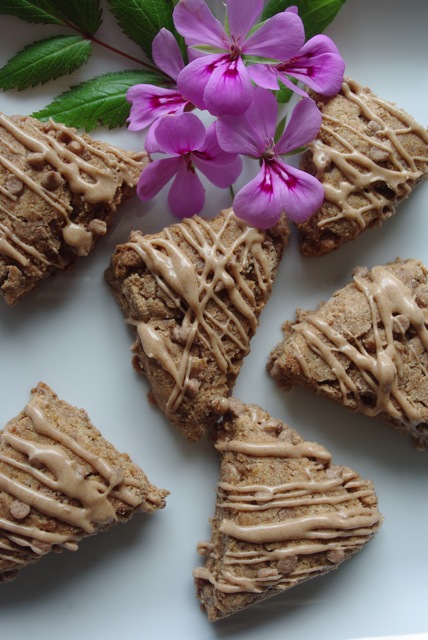 But, here's the thing.  Unless you are training like Lance, a normal scone can set you back quite a ways in the calorie and fat department....a long ways.  So, ever up for the challenge, I developed a recipe that doesn't sacrifice any of the flavor of the original (recipe provided below) while at the same time adding lots of training-worthy ingredients like whole wheat flours, olive oil, ground flax seed, yogurt and buttermilk.  The texture is nearly identical, and the flavor?  Spot on.  The lighter version is actually a little wetter dough and easier to work with.  Don't forget to grind your flax seed so you get all the health benefits.  The lighter recipe calls for more cinnamon because it has fewer cinnamon chips.  As much as I love them, they are pretty high in fat.  A few more tips: keep the butter in the frig until the last possible moment, handle the dough as little as possible, and don't skip the sojourn in the freezer.  It helps maintain their shape while baking.  I've rushed through this recipe once or twice in the past, thinking I didn't have time to pop them in the freezer, assured myself it wasn't really necessary, only to end up with some very fat and misshapen blobs, albeit tasty and perfectly edible, just not that pretty to look at.  This recipe is a true scone recipe, a closer cousin to shortbread than cake or muffin.  Although the crumb is tender, it definitely isn't a cakey, height-challenged muffin posing as a scone (which I've sometimes found in the local bakeries).  These are perfect with a cup of coffee or tea, or with an ice-cold glass of milk. 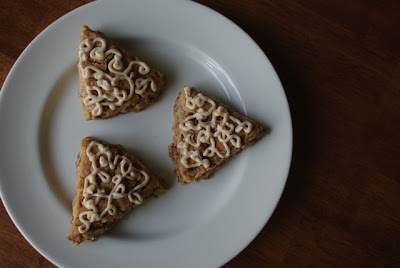 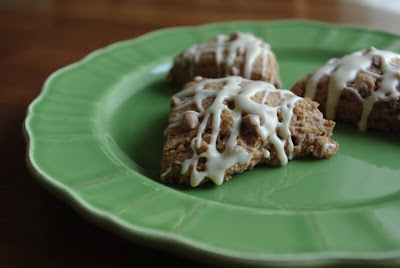 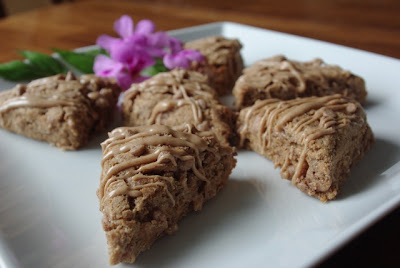 Half of the butter has been reduced out of the lighter version and is replaced by yogurt and olive oil, and buttermilk has replaced two-thirds of the half and half (better versions of fat all around).  No worries about any sour taste or 'bite' to these from the yogurt or buttermilk...that bakes right out, and the mixture of spices really helps boost the cinnamon flavor. The freshly ground nutmeg is divine.  I love, love, love my $3.00 nutmeg grater and wish I would've bought one years ago.  This happy medley of spices works magically together to make this one awesome scone.  If I told you my 13-year-old son, who is quite picky and somewhat suspicious of anything 'healthy' ate two of the lighter scones without knowing their pedigree, declared them "really good", would you need more of a nudge to make them?  OK, I admit, they weren't many words and not that effusive, but he's 13 and a boy and we just don't get that many words out of him these days, so it really was a testimony.  If you have a pre-teen, you are nodding right now.  If not, you'll just have to trust me.  If Lance ever trains out this way, these would definitely give the scone-ologist something to write home about. 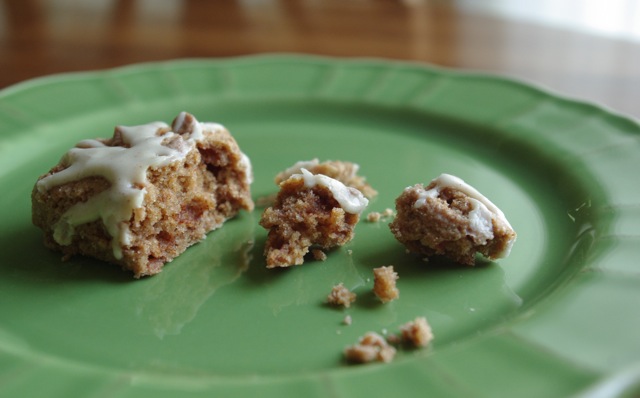 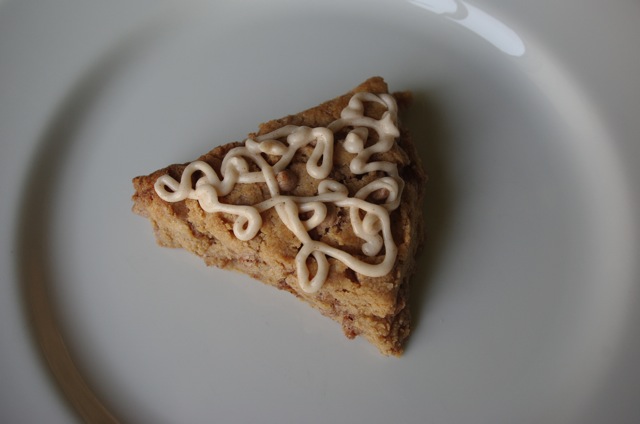 Sift all the dry ingredients and spices together into a large bowl.  Add the egg to a separate bowl (big enough to hold all the wet ingredients).  Add the yogurt and beat lightly.  Stir in the half and half and buttermilk.  Add the vanilla and olive oil.  Add the small pieces of butter to the dry ingredients and cut in with a pastry blender until there are no pieces of butter larger than lentil size.  Stir the cinnamon chips into the dry ingredients and butter.  Pour the wet ingredients over the dry ingredients and mix lightly just until there are no visible dry clumps of flour.
Lightly dust a counter surface or large cutting board with flour.
Dump out the scone mixture onto the counter--it will be slightly dry and crumbly and will not hold together.
Place a large piece of wax paper over the mixture and use your hands (keeping the wax paper over the dough) to slowly bring the mixture together, first into a large mound, then slowly flattening and shaping into a large disc approximately 14 inches across and about 1/2 inch high.  Make sure to try and get a tight, flat outside edge on the dough.
Using a pizza cutter or long knife, cut the disc into six equal pieces.  Slice the center tip of each piece into small triangles so that you end up with a hexagon in the center of the disc.  Then slice three triangles out of the remaining outer piece of each larger slice (see the awful picture below).  You should end up with 24 roughly equal sized scones.
Sprinkle a tablespoon or so of cinnamon chips into the top of the disc of dough and gently press down.
Gently lift each scone onto a parchment-lined cookie sheet, about 1/2 inch apart.  Place the entire sheet in the freezer for 20 minutes.  If you have a side-by-side, you can place a few scones on various paper plates and sneak them in where you can.  This step is important and helps keep the scone's shape while baking.  Also, the more butter that is used, the more spreading that will occur.
While the scones are resting in the freezer, preheat the oven to 425 degrees.
After 20 minutes of freezing, place scones in the oven and bake 13 to 15 minutes or until just lightly brown on the tips and/or edges.
Cool on the pan for 5 minutes then remove to a wire rack to completely cool.  Glaze if desired with a mixture of powdered sugar, milk and cinnamon, or serve with a spread of mascarpone cheese and cinnamon.  A touch of maple extract in the glaze is also nice.

1 tablespoon baking powder
1/2 teaspoon salt
1 tablespoon cinnamon (yes, 1 tablespoon less than the recipe above)
1/4 teaspoon freshly grated nutmeg
1/4 teaspoon ground cardamom
1/2 teaspoon ground coriander
1/4 cup sugar
1 stick unsalted butter, very cold and cut into small cubes (keep in frig until just before adding)
1 egg
3/4 cup half and half
1 teaspoon vanilla
1 and 1/3 cup good quality cinnamon chips, plus a few tablespoons extra for garnish
Follow all the instructions above.  The wet ingredients, however, are fewer.  The rest of the instructions are exactly the same.  Glaze as desired, although this version is slightly sweeter due to the increased amount of cinnamon chips so you can easily forego the glaze (in my humble opinion). 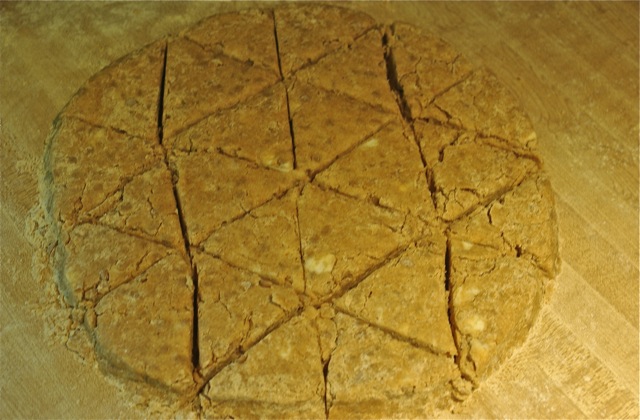 So glad you came by! Thanks for sharing your thoughts!

My Recipes on Dishfolio